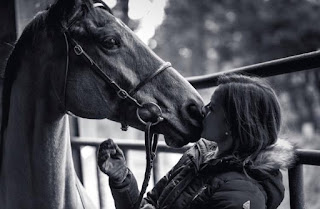 Last time I posted properly, Flora was still very much the new kid on the block at her livery yard. Since then, she has settled in completely, earned herself a reputation as the yard slut 👄 , discovered some b.e.a.UTIFUL rides where she can canter through fields to her heart’s content, and last but not least, has rediscovered her love for eventing (well not the dressage, but still...) 🐎 After our XC lesson in July, where we both left with heads so big we could barely get back on the lorry, we booked in for some XC schooling at Northallerton Equestrian Centre; the idea being to school over fences we’d be jumping competitively a few days later. Ah, the dreaded Northallerton Equestrian Centre ... 😱 I say ‘dreaded’ because this was the very spot where I took a fairly heavy tumble just over two years ago. This was, and still is (until tomorrow most likely, now I’ve put this out there) the only place I have EVER fallen off Floz 😕. And believe me, she’s done her very best a few time
1 comment
Read more

May 10, 2018
“Anxiety is the worst possible use of a good imagination.” ~ Deepak Chopra When I’m not writing, I’m teaching. Not teaching riding, by the way - but teaching A level English. As part of a professional development day recently, we received training on mental health issues - specifically, on anxiety – and I found it so useful, that I’m sharing it with you now. The number of young people passing through our classrooms who experience anxiety on a whole spectrum of levels; from mild forms to debilitating panic attacks – even an inability to leave the house some days - is definitely on the increase. I say ‘definitely’ - whether it just seems this way because more people are talking about it now, or it’s a genuine societal epidemic, I’m not qualified to say. But, I would imagine that the way we ‘consume’ life nowadays, through a social media lens, cannot be helping. Not many people post the rubbish stuff, do they? And those who do sometimes find themselves accused of attention-seeking,
Post a comment
Read more 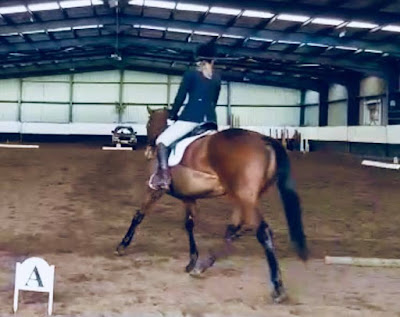 In the New Year, I set myself a(n albeit small) goal of trying to become marginally less shit at dressage.   This afternoon was our third ever -and final, for a while- pure dressage outing. And even though we haven’t come home bedecked in ribbons, I do think we can tick ✅ the box of ‘getting better’ ☺️ . ...   Neither Flora nor I will ever be dressage stars. We are neither talented enough at this discipline, nor enjoy it enough. Flora especially can’t seem to find it in herself to be less tense when we are in the test situation itself, even though she’s come on in leaps and bounds at home in our lessons and schooling sessions and will happily flop round beautifully in the warm up! Even on our hacks, leg yielding and transitions have become the order of the day and have replaced our usual pottering or galloping about 🙈 . Alas, the judge’s comments are always the same: 6s and 7s, a “lovely little horse with correct paces” who is “well/kindly/carefully/sympathetica
Post a comment
Read more 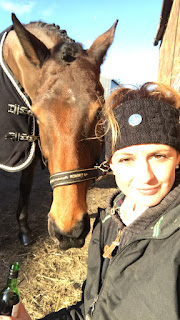 In the words of David Gray, ‘My, oh my.’ What an absolute little SUPERSTAR Flora was at the dressage today. She makes my heart want to burst sometimes. Other times, I want to punch her in the nose (which I would never EVER do, by the way...just so we’re clear); but today was one of those days when I think I couldn’t possibly love her any more. No, we’re not the perfect pair. I’m too soft. I can’t keep my hands in the right place. My right leg slips back. I tip forwards. She’s a bit stiff behind, opinionated to juuuuust the right side of naughtiness and, as a pair, I’m a tad too lanky for her (5’7” on a 15.3hh mare). But... We both hate dressage; yet the effort we have been putting in since the new year, actually trying to deal with our dressage demons, has been significant. And though we didn’t QUITE make the placings in our class today - which was a tough one featuring some good combinations - we did increase our percentage score (from our first ever attempt last month) by a
Post a comment
Read more 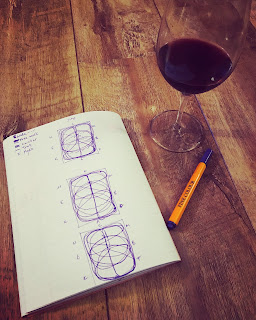 Unaffiliated Prelim again, but this time, it’s the second Prelim class of the day rather than the first. Simply due to the fact we’re relying on a lift from a very helpful, lorry-owning friend, partaking in the final class of the day. And therefore, we are attempting to make the smallest nuisance of ourselves possible. Anyway, anyone who read my post after our last attempt might remember that my biggest issue was the big, fat, inevitable MEMORY LOSS 🧠❌. And that was a simple test. This one, even though it’s the same bloody level, is complex! Not in terms of the movements, just the basic route around the arena🙈. Hence, I am sitting with a Merlot, drawing silly little diagrams whilst trying to visualise the test without looking down at the paper. Like some kind of weird spiritual medium, allowing the Dressage Gods to use my unworthy, shite-at-dressage body as a vessel to communicate the test to the paper. It’s not the first time this kind of mental powercut has occurred eithe
Post a comment
Read more

#22 Carrot Stretches Should Be Easier Than This 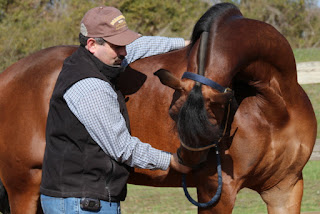 Putting 'carrot stretches' into a Google search reveals myriad images of successful attempts. Horses reaching into muscle-elasticating poses; contorting into others that release other parts of their anatomy. And, let's face it... why shouldn't they? How hard can it be to use a long, juicy carrot to encourage your horse to do this for the good of their physical wellbeing? Well, let me tell you. It's not that easy. I have nearly lost digits as a result of this exercise. The carrot stretch ponies of  the internet are like these Instagram stars with their own fitness pages. They're good at it, They're glam. They'll do anything for a healthy snack. They reach, gradually, into their stretch, tentatively mouthing at the yummy treat and holding the pose for long enough to feel the long term benefit. Flora, on the other hand, treats carrot stretches like a petulant child with zero resilience. She tries for mere nanoseconds. She snatches at the carrot (fa
Post a comment
Read more 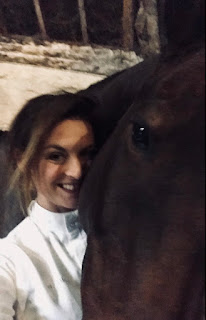 Today was our first ever pure dressage competition. Previously, we’ve done three dressage tests ever in our lives, but always part of a mini ODE or Arena Event. It was only a local, unaffiliated Prelim – but it still had me questioning why we do this to ourselves… it seems to me that competing with your horse is only 10% fun, and 90% a rather costly way to sh*t yourself. Allowing for the fact it’s been a full year since we went anywhere (with the exception of a show a 15 minute hack away in the summer), the stress levels were running high. I was so organised originally: we’d been practising and improving with both our lessons and ‘Project Relax’. I spent yesterday schooling, tack cleaning and boot polishing in my bathtub (tack only – I did not get in with it) and running white saddle pads through the washing machine when my husband wasn’t looking. My stuff was packed. I even wrote myself a little itinerary for the morning. Then, the alarm went off as planned at 6am. I hadn’t
2 comments
Read more
More posts

Heels Down, Kick On
Hi! Welcome to Heels Down, Kick On. I hope you enjoy reading these posts whenever you have five minutes spare and fancy pondering something horsey, or experiencing a nostalgic blast from your horsey past. I rode all the time from a young age, but was never fortunate enough to have a pony of my own; those in the same boat as me may especially recognise some of the struggles chronicled in these blogs! Happy reading :)